Obama and corporations do not have our children in mind; rather, they have profit and control in mind. 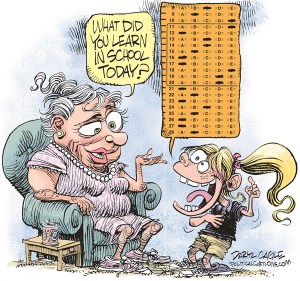 One of education reform’s ugly heads is standardized testing, and it has become even uglier with Common Core, in spite of clear research and solid evidence that it is not only useless, it is actually harmful to students, teachers and schools.  Common Core continues the trend of ignoring what works: authentic assessment.

An attachment to numbers and data has led our education system down the road of hollow data, for standardized testing does not measure what data mongrels want and claim that it does.   We are at the highest level of standardized testing our country has ever known, much higher than any other country in the world.  It’s become a data feeding frenzy.  Alfie Kohn former teacher, subject-matter expert and very vocal critic of the current system of standardized testing, lays out the best discussion of this I have unearthed so far in his book “The Case Against Standardized Testing: Raising the Scores, Ruining the Schools.”  He notes early in the first chapter that corporations who develop and score exams, as well as teaching materials aligned with the exams, are profiting billions of dollars each year, all at the expense of our students, our teachers, and our schools. But, while these standardized tests may be more efficient, they are less effective, and don’t test important abilities. They don’t measure creativity, true problem solving (beyond memorizing a math formula), innovation, values, effort, commitment, compassion or ethical reflection. Because teachers are stuck teaching to the test for any hope of survival, that means many important things aren’t taught either.

I’ve done quite a bit of research on this topic, and reliable resources, including Alfie Kohn, all make the same points:

The American Psychological Association’s Code of Fair Testing practices in Education starts out by stating “The Code of Fair Testing Practices in Education (Code) is a guide for professionals in fulfilling their obligation to provide and use tests that are fair to all test takers regardless of age, gender, disability, race, ethnicity, national origin, religion, sexual orientation, linguistic background, or other personal characteristics. Fairness is a primary consideration in all aspects of testing.”  Common Core obliterates the fairness principle.

In addition, under Rights of Test Takers: Guidelines for Testing Professionals, you will note the emphasis on professionalism and administering tests that are reliable and relevant:

“Because test takers have the right to be tested with measures that meet professional standards that are appropriate for the test use and the test taker, given the manner in which the results will be used, testing professionals should:

We look at students’ work. We talk to the experts, the teachers. We talk to the students.  This is known as authentic assessment, the word “authentic” being used for a reason. Many other countries do this. Research projects, oral presentations, portfolios, problem solving activities and research projects tell us what we need to know, including higher order thinking skills, understanding, and deeper knowledge.

“If the goal is simply to sort, stratify, and rank, portfolios add little if you already have test data,” says Monty Neill, executive director of FairTest, a Massachusetts-based organization that opposes standardized testing. “If the goal is rich feedback at individual or school level, portfolios of some sort are indispensable while tests are of minimal use as they provide far too little information.”

FairTest addresses the accountability piece with School Quality Reviews, conducted every 4-5 years, at the school, in person, by professionals.  The goal is not punitive; rather, the goal is actual improvement. I am certified as a school accreditation reviewer, and have conducted several such reviews.  This method is more thorough and more meaningful for all parties involved than everything  Common Core has foisted on us.

We don’t need more tests, harder tests, and more expensive testing systems that divert much-needed funds from our schools. We need authentic assessment and accountability, and a moratorium on standardized testing. We need to allow our students to get back to learning, and our teachers to get back to teaching.  Big corporations need to go find their markets somewhere else.

Portfolio Assessment: Can It Be Used to Hold Schools Accountable?

Standardized Testing and Its Victims

A Better Way to Evaluate Schools

ADHD blesses us with never-ending ideas and thoughts, which sometimes becomes overwhelming  and frustrates me so much I want to bang my head against a wall. Sometimes I just want silence. The phrase “clear your mind” prompts the “yeah, right” response often.

Usually, I love the fact that I am never at a loss for ideas for projects, things to write, conversation, or plans for fun activities to do with my daughter.  Sometimes, however, I just want to be still, and I want my brain to follow my body. Easier said than done.

I have discovered some strategies that help,  however.  Please keep in mind that I share what works for me, but I am in no way telling you what you need to do.

Here are the top six ways I soothe my mind:

Remember, I do not tell people what they need to do.  I do, however, share ideas, especially if I have tried them and they worked for  me, in the hopes that others will benefit.

If you have other ways to quiet your ADHD mind, I would love to hear from you.

The evaluation system is designed to get rid of experienced teachers and bring in new, brainwashed, useless teachers with 5 WEEKS TRAINING from Teach America.

“They call Windham County the quiet corner, but you wouldn’t know it by the turnout tonight,” CEA Secretary Pat Jordan told the more than 100 teachers crowded into a room at the Gold Eagle in Dayville last night. Jordan welcomed the educators and five members of the Connecticut General Assembly to the first in a series of CEA Regional Teacher Meetings, where educators shared their frustrations and suggestions for improvement when it comes to implementing the new teacher evaluation system and Common Core.

“This evaluation system was set up to try to get rid of bad teachers, but it ends up punishing everyone,” Karen Abbey, a teacher at Parish Hill High School in Region 11, said. She said that the current climate created by the evaluation system has many teachers so discouraged that they are looking at other career options. 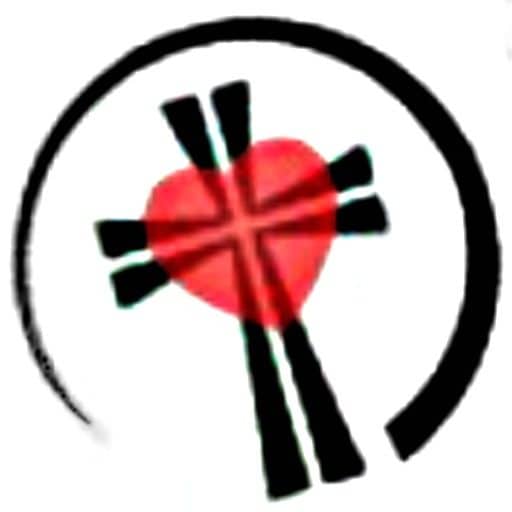 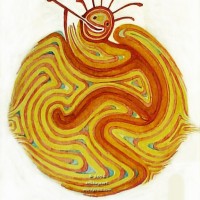